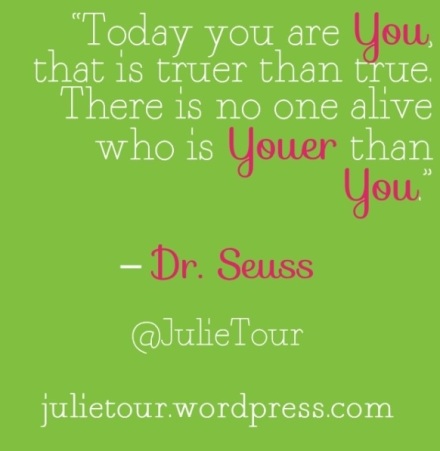 It sounds like such a simple concept: be you. However, I find that many of us do not even realize the masks we wear until we begin to dismantle what we know to be true. What do I mean by dismantling? This happens on the spiritual path as we begin to question everything we have been told and why we are the way we are. The process of questioning reality and what makes you you can actually be a painful process. However, a dark night of the soul can bring you amazing insights into what reality is and who we are as spiritual beings.

Dismantling myself, I found myself at odds with my actions initially. I felt who I am at my core was not being projected into my career path and relationships at the time. Taking a step back, I found myself people pleasing all of my life. Being a people pleaser can be a very dangerous thing. In the end, you can lose yourself entirely. People pleasing will bring you fake friends, a lackluster career, and easily manipulated decision making. This is something that is easily forgivable and remedied by stepping into your power, and making the decision to be assertive in your actions from this moment on. If you don’t stick up for yourself, no one else will.

In our society it is so easy to be caught up in media and relationships that we are practically spoon fed what music we like, what kind of clothes we wear, and what kind of food we eat by conforming to a standard society has set. If you disagree, take a step back and ask yourself, how did I come to this decision? How was the concept introduced into my life? Do I do this because I want to, or because its what is expected of me?

Going against the grain can seem frightening. Sometimes the conflict phobic spiritual person would rather put on a smile to keep everyone else happy and laughing versus questioning what someone else is saying. In sales, we are taught to “mirror” clients, matching their personality, tone, and speaking style. In many cases, I find we mirror each other in public. I find it dishonest and two faced. Furthermore, the minute you decide someone else’s ego projection is more important than being the real you is the minute you’ve given up your personal power. What is so important about fitting in with someone? Society is nothing to be scared of. Society is nothing but a multitude of individuals. Individuality is something to be celebrated, not feared. One individual can positively influence the whole.

I know many people who read my blog and watch my youtube channel, but are scared to publicly like it. They private message me compliments and share similar, closeted stories. I also know people who tell me they believe in telepathy, but would rather keep it a secret, scared of being scorned by the public. There was also a point in my life where I, without a shred of doubt, had a past life experience, and was too scared to publicly admit it because it went against everything I was taught in Catholicism. Here’s a little secret. Not everyone is going to like you no matter what you do. Wouldn’t you rather be loved and accepted for who you are rather than a facade in order to fit in?

Dita Von Teese said it so eloquently when she said, “You can be the ripest, juiciest peach in the world, and there will still be someone who doesn’t like peaches.” And so what? If your goal is to get everyone to like you, you are fighting a battle that can’t be won. Realizing this, I have decided to put my truth out there and my beliefs, regardless of the outcome. Sure, some people don’t like it. My IQ has been insulted (even though I tested gifted). My experiences have been belittled (mostly by people who are too blinded to accept anything outside of their belief system). I’ve also lost some friends. But here is the silver lining. No matter what anyone says, amazing opportunities have presented themselves to me. I’ve gained more friends that can identify and live by the message I bring. I have found that many people have shared my experiences. In essence, I have found my tribe. I encourage you and invite you to step into who you really are 100% of the time. Changes will undoubtedly follow, but there will be improvements. Being who you really are will bring you into the direction of your life’s purpose. Only you can be you. Creator made you for a reason. Choose to fulfill that reason today. You always have the free will choice to ignore your purpose, but finding your purpose is so rewarding. No one else can fulfill this but you. “Today you are You, that is truer than true. There is no one alive who is Youer than You.” ― Dr. Seuss